For the gray mass quobbed and quivered, and swelled perpetually; and from it, in manifold fission, were spawned the anatomies that crept away on every side through the grotto. There were things like bodiless legs or arms that flailed in the slime, or heads that rolled, or floundering bellies with fishes' fins; and all manner of things malformed and monstrous...
-The Seven Geases, by Clark Ashton Smith 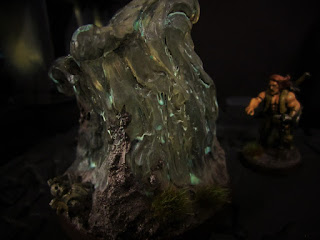 In the depths of formless void, there exists a horror which is birthed from the awful blackness which, despite its emptiness, is not empty.  Formless nightmares wriggle from the primordial ur to crush their horrid bulk into the dreary world of the mundane.  Of these terrors, the most stable in form - if such a definition can be utilized - is what men call the Gelatinous Cube.


A Gelatinous Cube is a carrion-eater from another existence - a plane of madness and ultramundane terror which is inconceivable to mortals in its purest form.  The monster slithers, it slimes and it devours.  From time to time, a Gelatinous Cube has been known to follow a band of mortals in the same way a starving cur follows a pack of wolves.

A Gelatinous Cube is a HENCHMAN, not HERO.

SPECIAL RULES
Otherworldly Horror:  A Gelatinous Cube's movement is 2D6".  It may not declare a charge, nor may it run.

Acidic Terror:   A Gelatinous Cube is a terror of impossibility.  Its very essence is corrosive to all mundane existence.  To represent this, it obeys the following rules:

Cause fear: A Gelatinous Cube is a nightmare which should not be.  It causes fear.

Immune to Psychology:  A Gelatinous Cube is unaffected by all psychology.

No Brain:  Gelatinous Cubes do not gain experience. 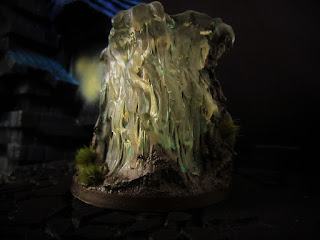 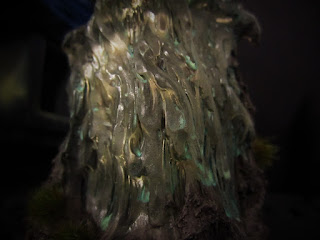 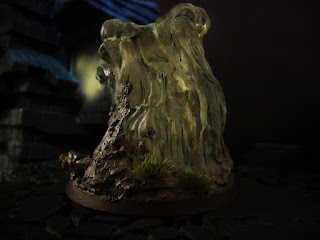 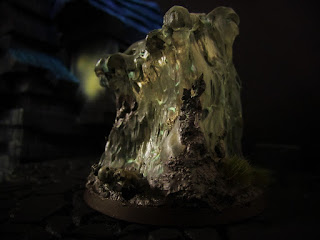 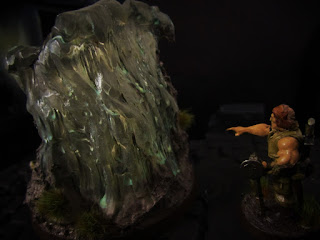 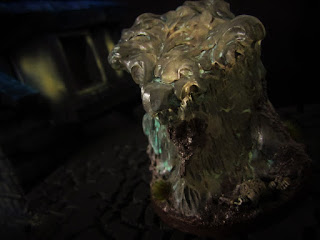 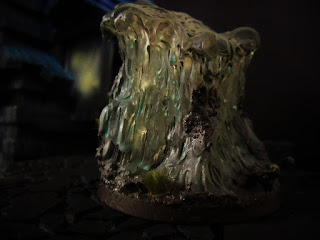 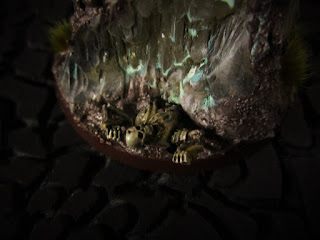 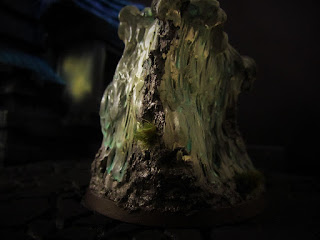