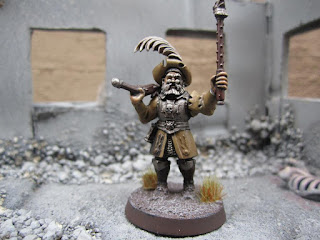 "Old Man" Caleb Schwartzwald is a man tight-lipped about his past.  His dress and attire seem to indicate that he is from Nuln, yet his accent is not equally congruous.  His weapons are of fine manufacture, but kept in ill repair.  There are those who are certain he is a disgraced nobleman, whilst others say he is just a common thief who somehow managed to avoid the noose and reach old age.  What is certain is that the Old Man is desperately seeking something in Mordheim much more dear to him than wyrdstone: his daughter Hawke.


Old Man Caleb is the first NPC the players encountered after venturing into the city.  He first met with Captain "Mad" Jack of the Averlanders, offering a bargain: In return for their protection and aid in finding his daughter, he would pay them handsomely.  Whilst undeniable that there seemed to be more than this deal than first met the eye, the Averlanders accepted.

In our campaign, Old Man Caleb is treated as a Hired Sword for the purposes of warband size, injury and gaining experience.  ie. he does not count against the warband's maximum size for income (but does for route tests), gains experience as a henchman, rolls advances like a hero and rolls injuries like a hero.  However, unlike a Hired Sword, the Old Man pays the owning warband 5 GC after each game, rather than costing them an upkeep.

That being said, the Old Man is looking for his daughter and will not take kindly to actions which do not result in her recovery...

Skills: None.  Old Man Caleb may select from Shooting or Academic skills whenever he acquires an advance. 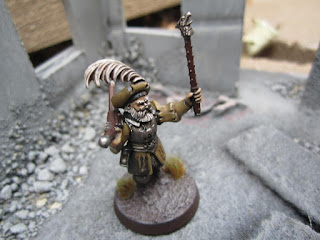 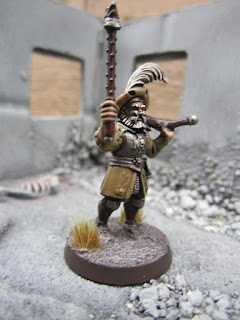 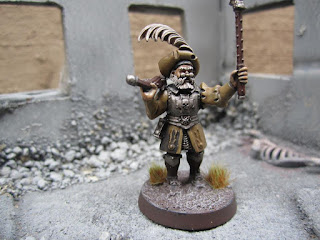