He will judge among the nations, He will fill them with corpses, He will shatter the chief men over a broad country.
-Psalm 110:6 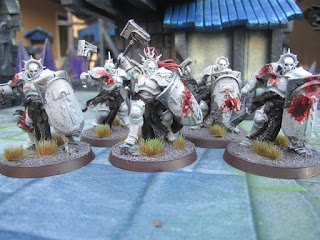 The army of Magnus the Pious approaches the city of the damned - the favor of Sigmar, exalted in the highest, marked clearly upon them.  The metal-clad angels of the god ride the lightning to storm the gates of the damned.  Tremble, O mighty!  The holy might of the Stormcast Eternals falls as the blows of an immense hammer.  Judgement is here.

I will be the first to admit that the Stormcast Eternals are complete anachronisms to the Mordheim setting.  But, like I have stated before, the Serene Annihilation Campaign is a real twisting and bending of reality.  It is a dream within a nightmare of how the past might have been.  That is my defense and I am sticking to it.

Besides, they are damn awesome models and I really wanted to paint and use them.

I was "inspired" (ie. blatantly copied) the paint scheme used by Bruticus for his own Stormcast Eternals of the Immortal Tribunal.  I don't have even a fraction of his talent, but I am happy enough with how they turned out.

The Stormcast Eternals ride to war with Magnus as a clear sign of Sigmar's favor.  The City of the Damned trembles rightly before them.  They are holy terrors on the battlefield and will offer a huge challenge to the players.

Stormcast Eternals are Sigmar's might made flesh.  They ride lightning, descending through space - and time - to smite the enemies of the One True God!

SPECIAL RULES
...and they Shall Know no Fear: Stormcast Eternals automatically pass all leadership tests they are called upon to make.

Colossal: Stormcast Eternals are towers of armor and strength.  When forced to roll on the injury table, they treat all results of Knocked Down or Stunned as Weakened instead (in the same way as Monsters).

Daemonbane:  Any daemonic models (including daemons, Possessed etc.) in base contact with with a Stormcast Eternal have their initiative halved, rounded down. 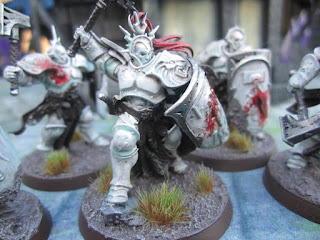 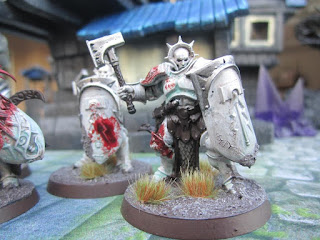 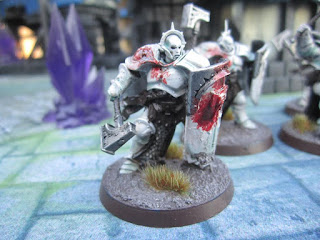 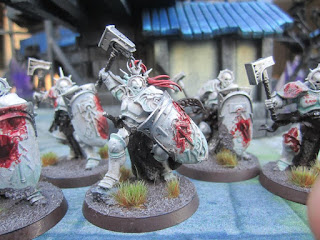 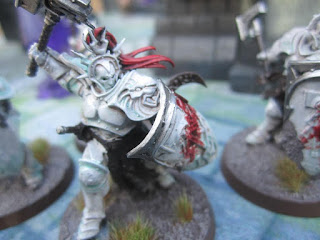 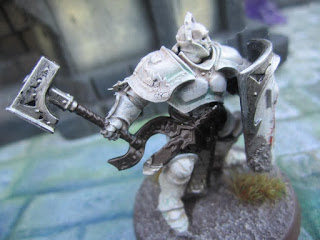 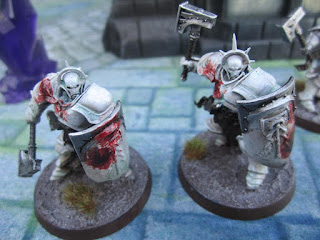 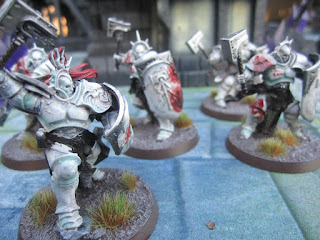 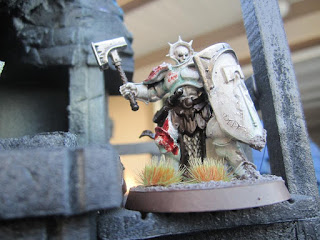 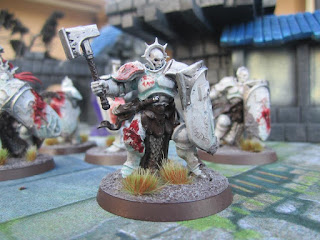 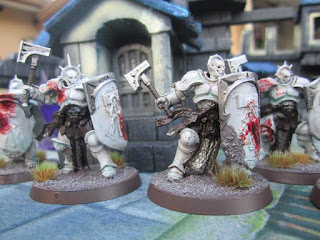 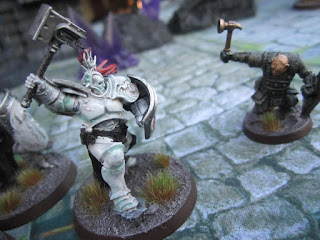 Posted by Millenium_king at 9:32 PM