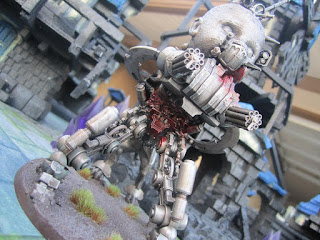 Madness has always seethed within the very fabric of Mordheim. As though the city itself is only a thin veneer over something far more horrific. But now, as the army of Magnus the Pious draws nigh with the murder of the city as their goal, this madness has surged from a slow boil to a frothing tempest. From this impossible chaos, things have begun to arise from the radiant abyss just beyond the ken of mortals. Impossible, sanity-defying monsters transgressed from sheer nothingness. Of these, the Nightmare Engine is greatest of all.


The Serene Annihilation Campaign has moved into what I feel is its "Second Act." The First Act, concering the King in Yellow, was smaller, more intimately hideous and character based. It had difficult choices requiring uncomfortable introspection.

But for the Second Act, I wanted big set pieces, epic-level foes and towering horror. I joked that the First Act was the movie Alien, while the Second Act would be Aliens. That being said, someone did make the joke that it meant the Third Act would be doomed to be Alien 3 - in other words: a great idea, but poorly executed. I laughed. We shall see.

So for the Second Act, I knew the players needed a big enemy to fight. Historically, Mordheim was destroyed by Magnus the Pious, so he was an obvious choice. But, to really make the Second Act big, it needed something BIG. My solution was a huge monster backing Magnus up. Ergo, the Nightmare Engine was conceived.

The Nightmare Engine may seem a strange ally for the puritanical Magnus - and that is true. It is because the looming shadow of twisted dreams have intruded upon the city. Undoing its reality, its place in time and - perhaps - its history. Just what the Nightmare Engine represents is not clear at this time. Nor is its reason for aiding Magnus clear. Nor is his reason for acceptance of its aid clear. All things are viewed solely through a glass darkly... or as though in a dream.

An inextricable part of the fabric of Mordheim's reality, the Nightmare Engine is the terror of deepest sleep intruding upon the waking world.

SPECIAL RULES
Giant Monster: The Nightmare Engine is a Giant Monster and follows all the normal rules for Giant Monsters described in the Serene Annihilation Campaign rules.

Repeater Cannons: Repeater cannons use the same profile as Handguns, but each fires D6 shots. A roll of "1" results in a jam and no shots fired. Each repeater cannon may be fired at a different target so long as both models are within 12" of one another. Repeater cannons do not need to be reloaded.

Iron Hide: The Nightmare Engine is a metal statue come to life. It has a 3+ armor save. 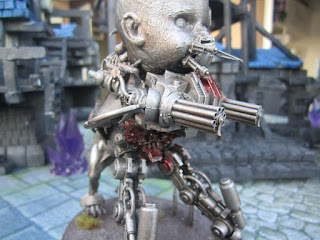 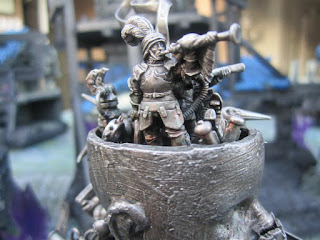 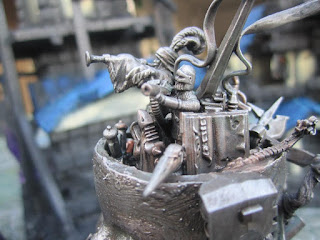 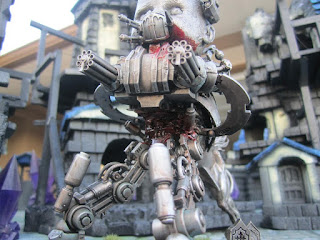 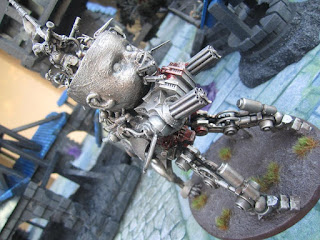 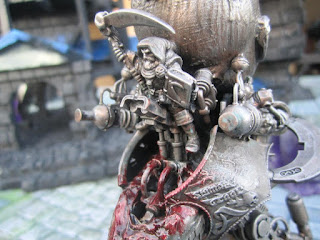 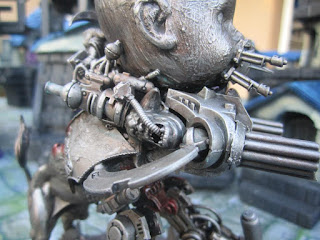 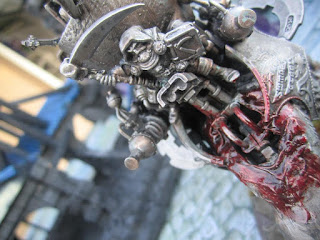 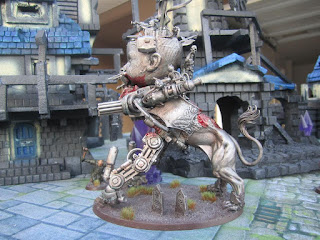 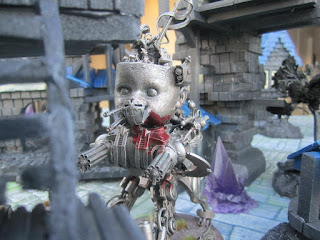 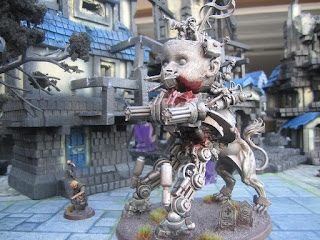 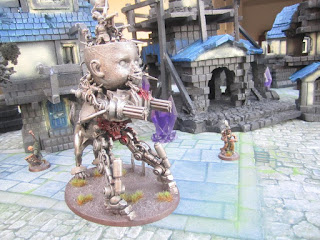 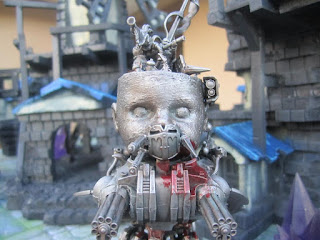